I'm back and Xmas is back also! This month I was requested to create a "Xmas holiday themed rock song" to be featured for first time on Episode 32 of The Fighter Pilot Podcast.

This is what I came up with:

As always I created two different versions for the intro and the outro. The outro is longer but also has a different ending.

Hope you like it. And I do really hope you really have a nice Xmas and a terrific 2019!

And metal is back!

funny thing, the song I'm introducing today was in fact created to be "The Fighter Pilot Podcast" October's episodes song, but it was kept in the vault because the astronaut episode was going to be released first and we needed to have the "Space oddity" on it.

But here is the song:


As you see it's the usual one minute long straight forward metal song :)

It appeared for first time on episode 30th "Expendables" (November 11th), but there was edited during the mixing the episode. Once more Vincent surprised me with his editing skills, looping or cutting sections of the song so it fit the lenght needed during the intro and outro sections. But the version I'm uploading here is the one I created originally.

And now a space themed song

well... the next episode of the podcast: "Fighter pilots in space" was planned to be released on September 20th. For that one I was asked if I'd be able to create a cover of  David Bowie's famous "Space Oddity" song.

Beyond my worries regarding the copyright infringement that may mean creating a cover of someone else's work I was willing to do it. I do really respect Bowie's contribution to music and I've always loved that song. As I'm not getting money or monetizing this one on any way (I'm also not uploading it anywhere) I accepted the challenge and came up with different versions.

The one I liked the most was one which contained a  punchy post-rock section, but Vincent kindly discarded it (I guess he likes hard rock but up to certain point), so I had to take a more conservative approach and in the end created something that he found more of his taste.

There are two slightly different final versions that are in fact used in the episode: the one used as outro is longer, and it's  first section was closer to Bowies' song. The second, which has been used as intro, had a different initial section in the form of a chord based mellotron (while the other one had just a melody line played by the mellotron) and different drums approach.

I have to admit I don't really like any of these two. But we ran out of time doing tests so these are what I got. Hope the listeners will feel the theme of the episode properly.


Oh, almost forgot... apart of the cover I also created a 14 minutes long song which was meant to be used as background music during the episode. It's basically a guitar improvisation with space-ish synths on the back. I did enjoy creating it and I think it would have fit fine, but Vincent don't like the idea of having background music behind the speech so he didn't use it.

Anyway, as I'm not sharing the "Space oddity" cover I'll share this song with you instead - CLICK THE IMAGE TO LISTEN IT. Hope you like it :)

What if Mozard were a punk guy from Jamaica?

So... this month's song started with the idea of doing something a bit more punk oriented. Just to differenciate it a bit from the previous songs I've been doing for The Fighter Pilot Podcast. But somehow while I was trying to find a proper punk riff for it a reggae middle section appeared from nowhere!

Boy, that was weird... but it didn't stop there. Once again an unexpected chord progression appeared when I was doing the final section of the song. And you know what? It kind of sounds Mozart-ish (yeah, well... kind of). Here's the song anyway:

What do you think about it?

Hope you enjoy it. See you next month!
Publicado por Rantam en 11:08 PM No comments:

a new song has been released today. Featured on The Fighter Pilot Podcast episode 22th, it will be used on August's episodes.

Once more is a short one minute long metal song. This time I slowed the tempo and used a seven string electric guitar for first time, so it sounds a bit more modern, and kind of heavier, I guess. You can listen it below:

here's the song I created for Episode 19th "Air to surface weapons". Yes, you may notice the song for episode eighteen is missing, but that is simply because from now and on Vincent is releasing four episodes per month, but I'm just creating one song per month because I can't release songs that frequently. This means each new song will be featured in each one of the four episodes of that month.

Going back to the song itself: it's a fast paced one minute metal song, and I happy enough with the final result considering the tight agenda I had to do it...

In case you wonder: yes, I have to keep the songs around one minute long. Vincent needs to close the show with some final words and that is the time he usually needs to do it. I also create the (shorter) intro version you hear at the begining of the show. As you may imagine it's basically this long version of the song without some bars to get the 0:45 lenght he needs for the intro music.

I'm sure you're going to agree with me that the mixing could be better. But this time I kept the final output at -16LUFS so if Vincent needs to add compresion to the episode the song won't suffer that much and won't sound distorted. Anyway, I'm sure I'll be able to improve the mixing in the future, as I'm practicing quite a lot :)

Hope you enjoy it!
Publicado por Rantam en 10:40 AM No comments:

here is the newest song I've created. The song is featured in The Fighter Pilot Podcast episode 17, and frankly I think it sounds better than the previous one...

I know haven't published any new music lately (despite I kept playing and composing). But today is the day music comes back to this blog! :)

Just a few months ago I started to listen Vincent "Jell-O" Aiello's The Fighter Pilot Podcast, a cool podcast about fighter pilots, their planes and that kind of stuff.

Fighter pilots and planes? Yep... since I was a kid I've loved jet fighters and warbirds, and despite in real life I never had the chance of being too close to them I've enjoyed them on simulators and books all my life.

Thing is I'm enjoying that podcast so much that I offered Vincent to create music for it. And he accepted! It's going to be focused only on metal/rock genres, so don't expect to find any orchestral songs there. But for me is exciting anyway because as you already know I love these music genres too!

Here's the first song I created for the podcast. It's going to be featured as intro and outro (there're two differents versions of it) on episode 16th, which will go online on June 1st. If you want to listen it just click the "Play" button below:

And that's all for today! I'm sure I'll be back very soon with more music created for The Fighter Pilot Podcast :)

Some artwork I created for Project Cars 2

yep, it's been a while once again :D Life gets pretty busy and now that social networks are so widely  spread having a blog kinds of have a bit less of sense, I think.

Anyway, what I've been up to? apart of a lot of personal changes I've involved in a bunch of projects that have taken a lot of my free time. One of them has been participating in the betatesting of Project Cars 1 and Project Cars 2 simracing games. Apart of testing the different builds of the simulator along its development I've also been involved in the creation of some assets for Project Cars 2. I'd like to share some with you that I hope you'll enjoy (these are actually included in the career mode of the game). This is some of the artwork I created for them: 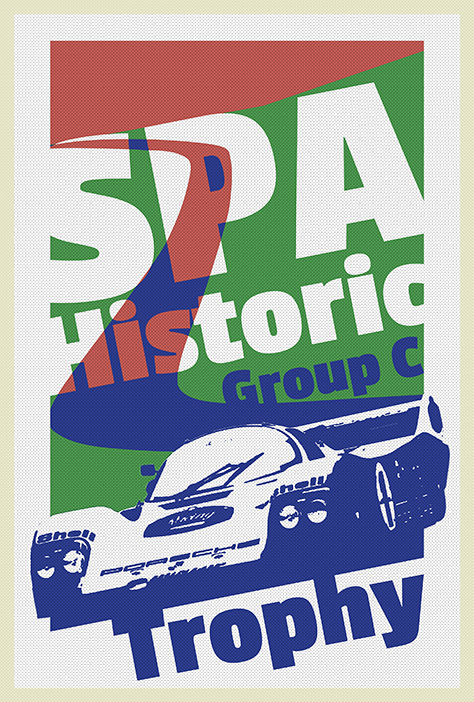 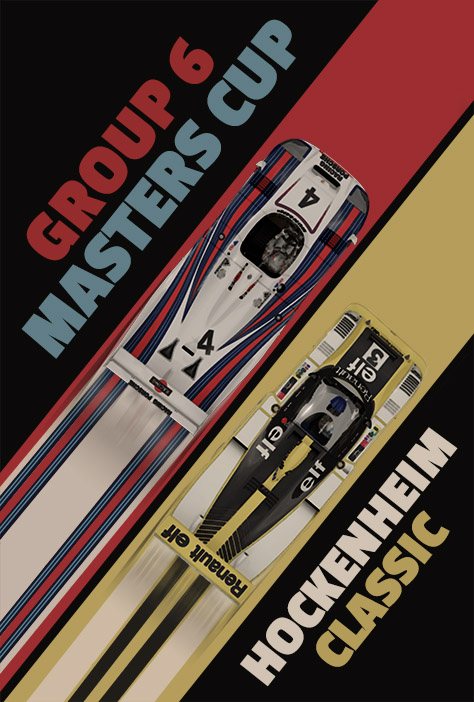 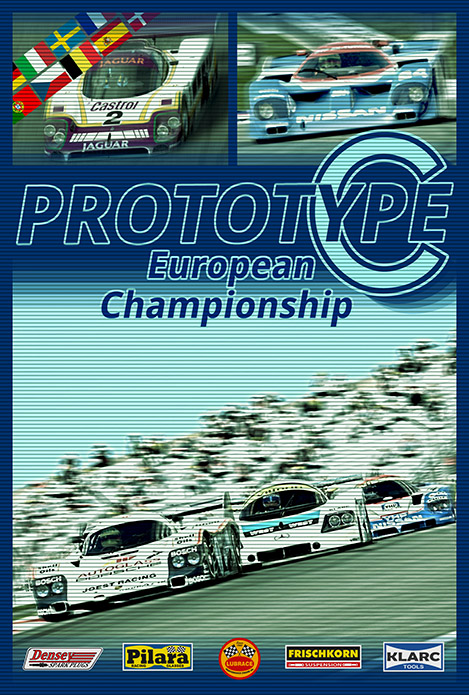 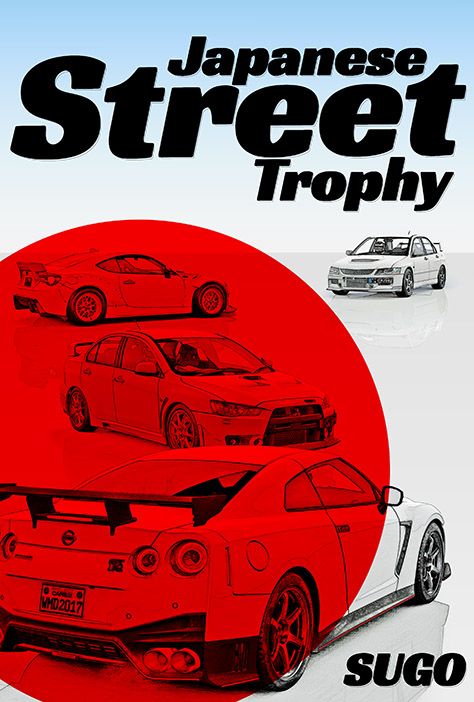 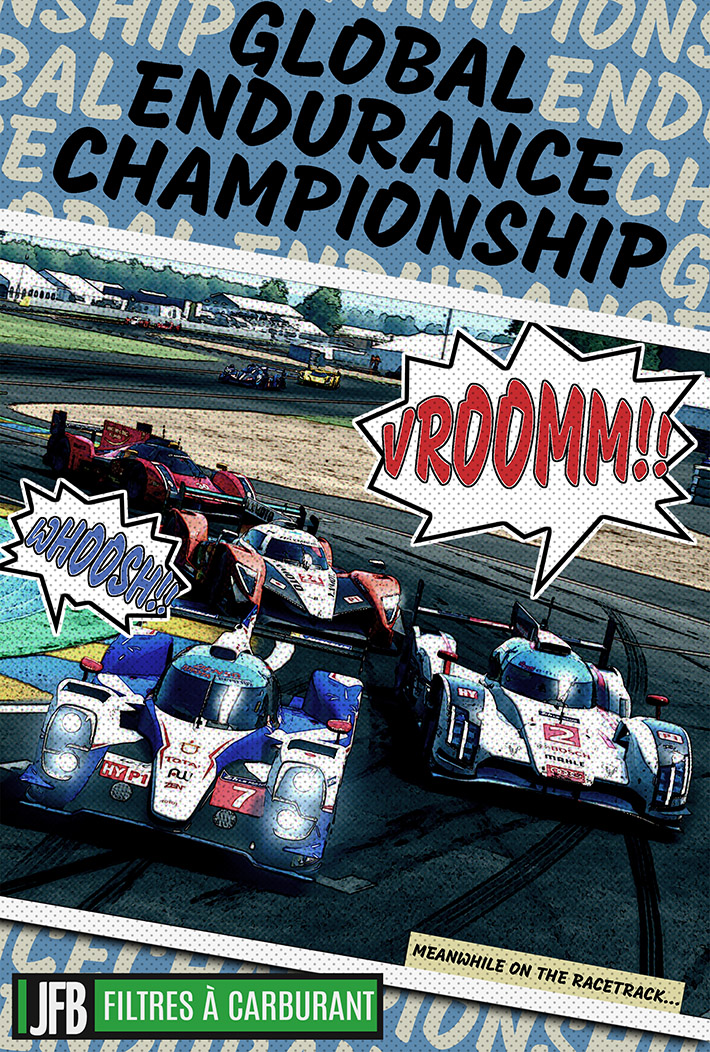 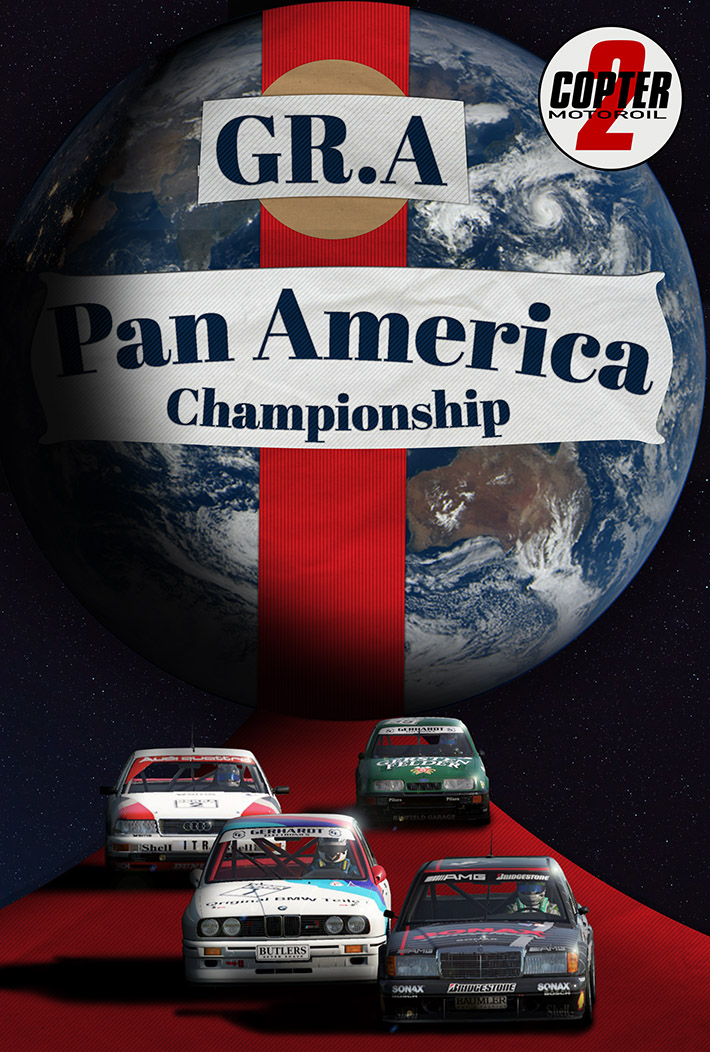 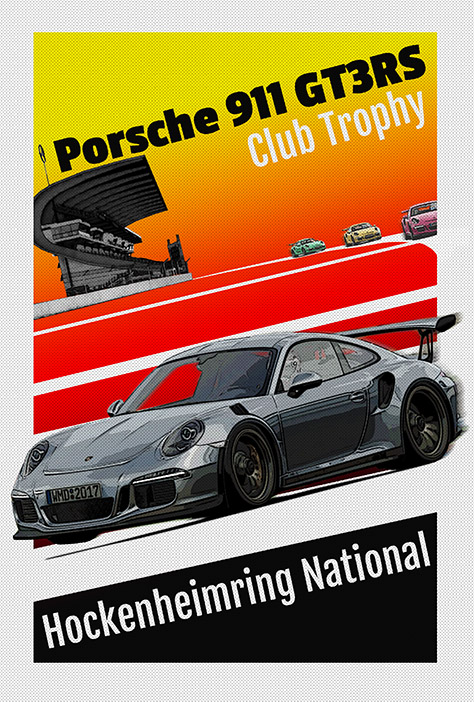 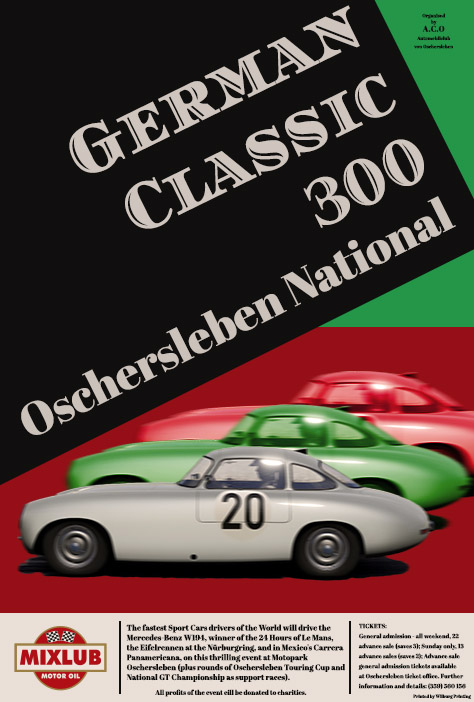