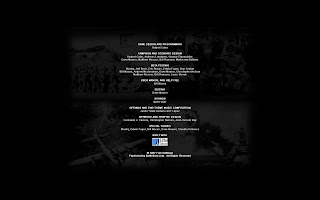 A new song on the way and other changes

despite I don't post too much that doesn't mean I'm idle :-)

I'm working in a new song these days. Is not really new, because I composed it many years a go (5-10, don't know), but I never recorded it. I like it very much and If someday I forget how to play it I'll kill myself, so to record this one is a must for me :)

It's a song for acoustic guitar, with the style of 'With you in your dreams/Contigo en tus sueños', the acoustic song released many months a go. The main guitar track is already recorded, and now I'm working in some strings arrangements and a second guitar.

When I release this song probably I'll back to the composition of orchestral songs. But the recording of this song is something I'm saying I'm going to do from many time a go, so It's the first in the list now :-)

Besides, I'm planning to change the design of this website, and even to release the music under a new name which sonds more professional.

The reasons to do that is quite simple: in the beggining I only released orchestral music with a war movie style, but lately I'm releasing music with other styles (and in the future I'm sure I won't be focused only on that kind of music). So It hasn't sense to keep the website full of that WWII stuff.

On the other hand, Rantam is only my nickname, but during the last months I'm receiving offers of companies which want my music or are asking me to compose for them, so I think it's a good idea to get a better, more professional, name. But I'll give you more details about that soon.

So, please stay tunned to get the new song and more news about the way my music is turning to.

Some statistics about my music

I've got some numbers about my music for you, provided by my music host (www.soundclick.com):

I suppose that is enough for the moment :-)

Besides, my music has been used in PC games, a NoFear DVD and is planned to be part of a WWII movie.

A boring post, I know, but sometimes our lives need numbers! :-)